Farewell to the Bay of Islands 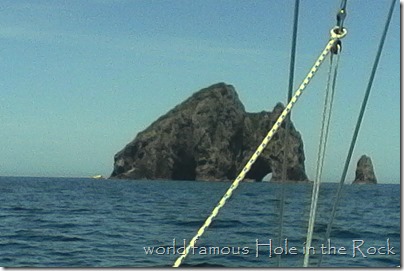 When we arrived from the tropics to Opua late November 2016 never in our wildest dreams did we think it would be 14 months before we would start our journey south to Auckland.  But as we all know life has a way of throwing the unexpected when least expected, so here we were a year later than planned, finally homeward bound. 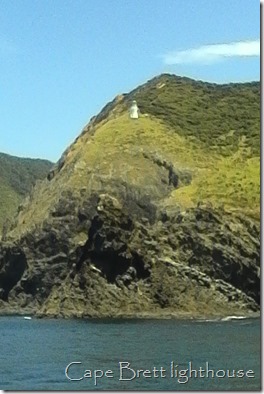 We sailed out of the Kerikeri Inlet on another stunner of a summers day, a light breeze filled the sails and skipper pointed for Cape Brett.  The Bay was buzzing with life - yachts under full sail heading in all directions, fishing boats big and small hunting for the catch of the day and tour boats aplenty doing the Dolphin Spotting and Hole in the Rock cruises. 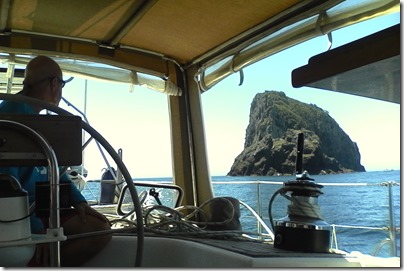 You could not have asked for a more perfect day to slip across the head of bay, then “Shoot Piercy”, just one of those things all coastal sailors around these parts like to do when conditions allow.  Its the small and often very lively little gap between the Hole in the Rock and Cape Brett, today it was flat calm and we shot on through. 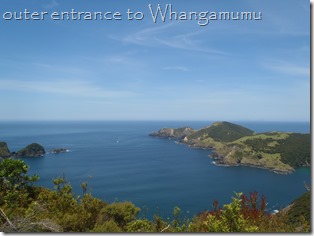 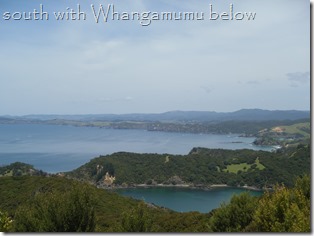 Sailing into Whangamumu was like discovering a hidden gem, 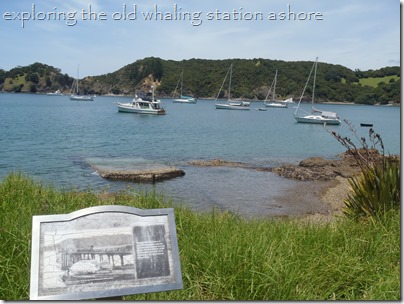 the outer harbour is an acceptable anchorage in its own right but as you continue a inner sanctum unfolds and what a top spot.  It looks quite small on the chart but by sunset we had very close to 50 vessels of all shapes and sizes and we had room for a few more.

We rendezvoused with our American friends on French Curve, and were thrilled to have quick catch ups with Savarna, we last saw Keith and Pam in the US Virgin Islands and also Paul now on his new yacht Matariki, we did the Auckland to Fiji Rally in 2004 with Paul and his family on his previous yacht Montego Bay and hadn’t seen them since. 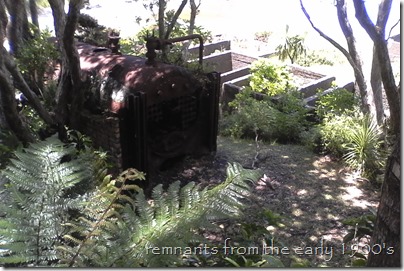 The fabulous run of weather continued the following day and after a great cooked breakfast on Matariki we ventured ashore to explore the ruins of the old whaling station.  Back in the early 1900’s whalers would set nets out from the coastline to Net Rock to trap or slow down the humpback whales then go out in their boat to harpoon them.  They were then dragged into the harbour and processed.  According to records over 70 whales were trapped in 1927. 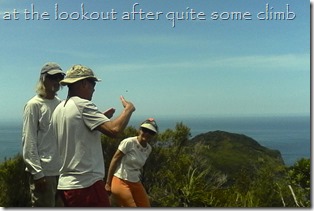 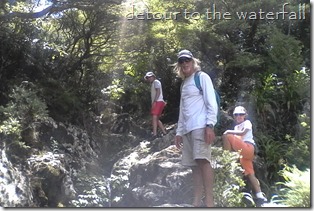 Dinghy ashore to the little beach where you can see the ruined jetty and whaling station.  Its easy to find the track up to the waterfall, its about 10 mins each way and there are a couple of small pools that you can have a dip in. 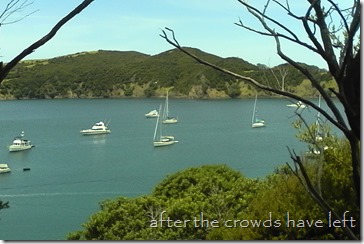 Return to the beach and head behind the ruins on the path and soon there is a sign indicating left inland to Rawhiti  or straight ahead up to Cape Brett.  We took the Cape Brett path, it was quite a steady steep climb on a well trodden path, mainly in the shade of native bush. It took about 30 mins to reach the lookout at the top, the photos above show the spectacular view.  We returned down to the sign post and took the path to Rawhiti, it follows the coastline to the head of the bay but appeared to be low tide access only.  It looked like you would need to take your dinghy to the beach at the head of bay to access the trail through the grass up the hill inland.