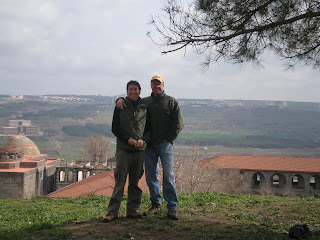 ***On the City Walls at Diyarbakir overlooking the Tigris River and the Mesopotamia plains where Marks Grandfather fought in WW1*** ***Urfas Mosque and Citadel by night*** ***Beehive Mudhouses at Harran on the Syrian/Turkish boarder***What do Turkish men do all day???? - they gather around, drink tea and play backgammon or cards, here they are in the ancient setting of a caravanserai in Urfa ***

The time had come to go and explore some lesser travelled parts of Turkey so we decided to combine this with our 3 monthly "visa run", and then end up in Cappadocia and rendezvous with our New Zealand friends John and Kathryn who were combining a couple of weeks in Turkey with a visit to friends and family in the United Arab Emirates.

We prebooked our flights from Izmir, 4 hours by bus north of Marmaris to Diyarbakir in Eastern Turkey, infamous as the base for the Kurdish Resistance Movement. The buses to Izmir are regular and all went well. As with many Turkish towns the otogars (bus stations) have been relocated to the outskirts of town to keep the many buses out of the centres. Some of the bus 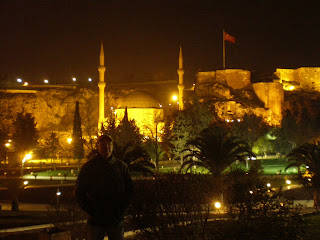 companies offer free connecting servicios (minibuses) into the town centre and we took one into Izmir. Its a city of a couple of million, relatively new and not of much interest so we just stayed the one night in a very marginal, overpriced hotel that appeared after dark to be in the soup kitchen neighbourhood with all the homeless queueing for their dinner. We did venture out down to the waterfront for a look around, drink and dinner and the waterfront area looked quite nice. Next morning we were keen to leave and headed to the airport via bus and train for our flight out east.

We arrived in Diyarbakir in pouring rain, freezing cold, had a taxi driver from the airport to our hotel who seemed to be practising for this years Grand Prix circuit. Deciding to move slightly more upmarket in our choice of hotels were disappointed to discover that the accomodation for our trip just might cost more than we were budgeting on with it still not being of a great standard. Still, our priorities were clean, with bathroom and definately heating. Diyarbakir, first settled around 1500BC, 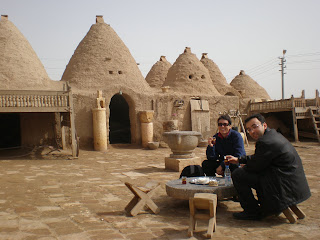 has one of the longest existing city walls in Europe at 6kms dating from Roman and Byzantine times and some interesting buildings built with alternative black and white stones. The following morning the sun was shining so we rugged up and walked around some of the small alleyways, admiring the architecture then explored the city walls both from the bottom and then climbed to the top for great views out across the Tigris river and the plains of Mesopotamia - the fertile lands between the Tigris and Euphrates rivers. We enjoyed excellent Kurdish food and Kurdish not Turkish coffee. Everyone we met was proud to tell us they were Kurdish not Turkish and they were all very friendly and helpful.
More to come soon .................. 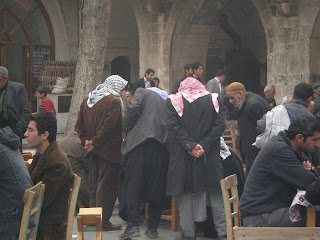 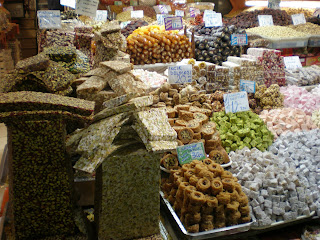 It's time to go exploring, yippee!! Tomorrow the 3rd March we get the 1pm bus up to Izmir where we will stay the night. On the 4th we fly to Diyarbakir which is in Southeastern Anatolia and we have a couple of weeks backpacking around the areas of Mardin, Harran and Urfa and we hope to get into Syria and travel down to Palmyra. We then head up to Cappodocia and meet New Zealand friends John and Kathryn on the 17th , then on the 21st we all fly back to Izmir and then will travel to Ephesus, Pamukkale and Afrodisias. We have all our winter woollies packed and are ready for our big adventure.

Will try and do some short updates along the way if we can.