Sailing on Friday the 13th 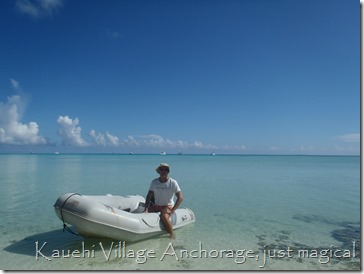 We left Raroia in company with Judy and Bob on Kinabalu, we timed the tide and thankfully had a much less stressful departure than our arrival had been.  Despite having nearly 20 knots of wind at anchor in the lagoon as soon as we cleared the pass the wind just dropped right off, now this was not in the forecast but what can you do.  Engine on, westwards we went.

By noon the breeze had filled enough to sail, skipper had both headsail and staysail out on poles and off we floated downwind in pleasant conditions.  But Thursday the 12th ticked over to Friday the 13th, and as the clock struck midnight the first of the squalls arrived. 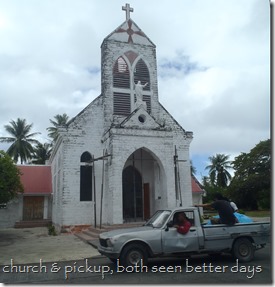 The skies opened and the wind gusted up and down keeping us on our toes, rolling sails in and out at regular intervals.  Kinabalu were right there the whole time, we would lose each other in the squalls then they would reappear through the haze.   As we closed on Kauehi mid afternoon winds peaked briefly at a rather brisk 38 knots, definitely not in the forecast!

Then as we made our final approaches to the pass the clouds parted, the sun came out and the winds eased to manageable levels.  We were right on mid tide, so took at look at conditions to decide whether to wait around 3 hours for slack water.  It all looked quite calm, Kinabalu took the plunge and entered, we slipped in right behind them!  Atoll number two successfully entered, yippee. 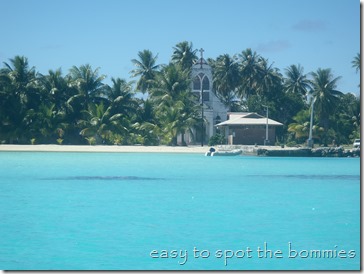 There’s just nothing we like more than a spacious, flat, calm, protected, shallow, beautiful anchorage, this one ticked all the boxes.  Sure there were a few coral bommies around to avoid with Balvenie and Dougie the dinghy but they provided great snorkelling, another paradise found.

There was a small community ashore, people called out from their homes to welcome us as we walked by, everyone we saw said bonjour and most stopped to chat.  The centre piece of the community was the Church, workmen were inside renovating this well worn beauty to restore her to her former glory.   The 4 photos below are of the shell and Mother of Pearl chandelier light fittings hanging inside the church, they were huge and really beautiful. 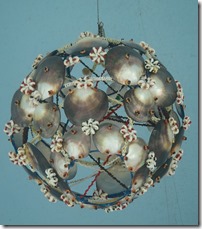 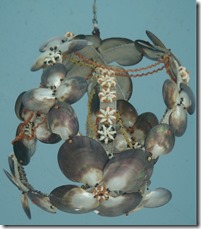 Provisions ashore at the two stores were running low, an Air Tahiti strike meant there were flights operating only to the “touristy” islands (and this isn’t one).  One freighter came while we were there, all they delivered was petrol and timber, a huge disappointment for us cruisers desperate for fresh produce.  The locals have a more laid back approach – planes and coastal freighters will arrive if and when they arrive, c’est la vie! 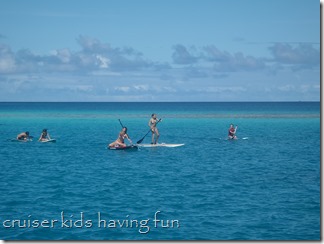 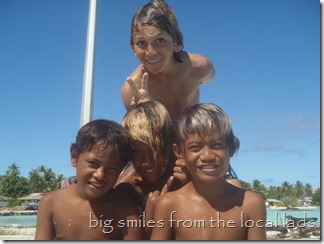 Just to give an idea of the remoteness of these atolls the flights when operating are weekly, the freighter sometimes comes weekly or fortnightly, 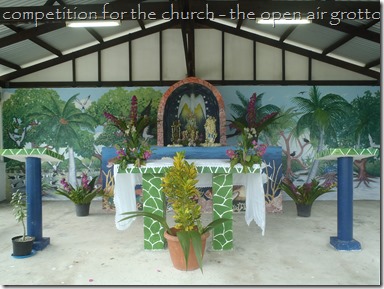 sometimes not at all, there are no hotels or backpackers accommodation to rent rooms, no where to eat or drink out.  There is a small primary school (under 12 year olds), an infirmary, post office (should have wifi but not working while we were there) and mayors office, all open just a couple of hours a day.

The houses are basic but extremely well cared for, nearly all had lovely gardens adorned with fragrant tropical flowers.  A couple of gardens had bananas and papaya trees (not ripe unfortunately) and one grew bok choy (but not enough) that we were able to buy which was fantastic.  So the soil can’t be too bad, we just can’t understand why they are not all growing their own fruit and vegetables. 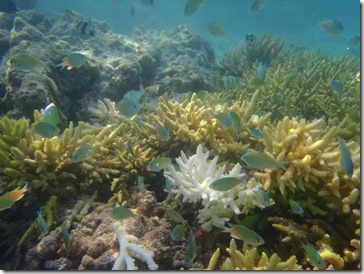 Take a Peek at the Reef

The nearby reef in the anchorage and the surrounding bommies provided hours of entertainment, great to be able to jump off Balvenie and just swim over.  The reef was only covered by a couple of feet of water, just deep enough to glide over and discover all the hidden nooks and crannies.  The coral was mainly yellow, pale green, white and various shades of light brown, most of the fish were well camouflaged but there’s always someone who just wants to stand out from the crowd. 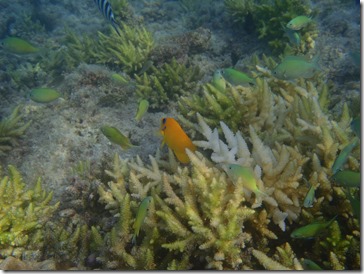 All the activity wasn’t below the water though, our Austrian neighbours on L’avenir were kind enough to spend some time with Mark as he tried to hone his windsurfing skills on their windsurfer.  The winds were possibly just a little too light, making it harder to balance (or so I am told!), but maybe that was just an excuse for how much time was spent off, rather than on the board!  All up though practice almost made perfect and skipper had a couple of good runs across the anchorage, but he hasn’t quite worked out how to turn around yet. 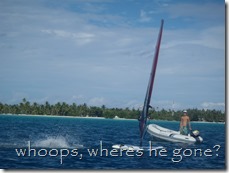 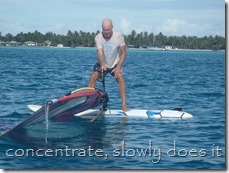 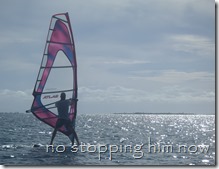 Our days and evenings were very sociable, more and more boats were arriving from Panama, the Galapagos and Mexico, our cruising community was changing daily.  We met up with kiwi boats Meridian Passage and Blue Raven, Australians on Storm Bay,  Americans on Nauti Nauti amongst others, and we finally met the new owners of beautiful Moonshadow who we have known for years with their previous owners George and Merima.

With so many boats sundowners ashore was a popular option, no better way to end the day and to mix with everyone than dipping your toes in the tropical waters, sipping on a cool drink, chatting with like minded people and watching the sun slip over the horizon. 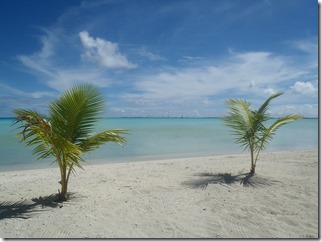 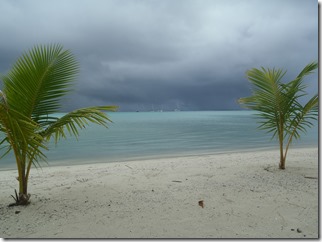