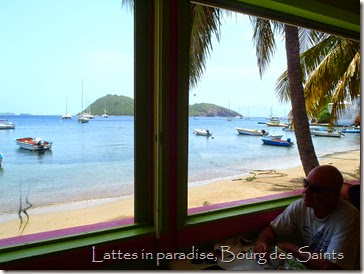 From Smoldering Volcanoes to Green Guadeloupe

We left Montserrat and continued on our journey southeast, we ticked off another 43 miles, still on the wind but the sea state was ok and the sheets were finally eased – well for a few minutes here and there!

Our first stop in the French Islands was the horseshoe shaped anchorage of Deshaies at the top of Guadeloupe.  It was a lovely spot, the anchorage was calm and comfortable and the French village ashore was very cute (somehow forgot to take photos!!) 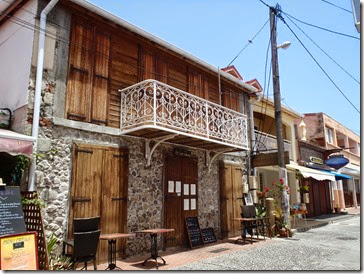 We had heard that check in formalities in the French Islands are quite unique and we confirmed this when we located the customs computer tucked away at the back of the brightly painted Pelican Boutique and Gift Shop, I got to do some window shopping while skipper swore at the computer with the French keyboard.  All was completed in due course, 4 Euros was paid, our arrival papers were printed off and we had legally arrived, not a uniformed government official in sight, no passports viewed or stamped, what a novelty –
voila!! 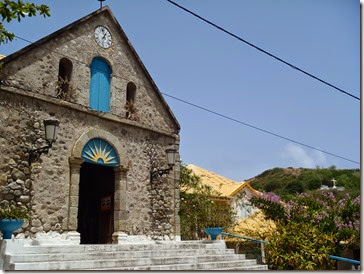 We spent a couple of nights here, the surrounding area was lush and green but we didn't do any exploring inland.  The village was lovely, but it is surely a land of contrasts with old French architecture, cafes lining the streets with blackboards advertising the plat du jour priced in euros, interspersed with the colourful local fruit, vegetable and fish markets and neighbouring boulangeries.  French speaking Caribbean folk were laden with freshly baked baguettes hot out of the oven in one arm and tropical fruits in the other, a colourful scene indeed. The French and the English fought over the Caribbean islands for centuries, and Guadeloupe is one that remains French.  Deshaies was great introduction to this Franco Carib blend. 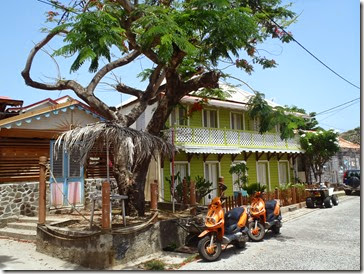 We moved on down the coast in company with Truant III and Americans Little Wing, plans were to stop at the outlying Pigeon Islands for a snorkel in the Jacques Cousteau Marine Park and then anchor for the night in the nearby bay on the mainland.  But the plans didn’t include the wind to come in from the southwest when we are in the middle of the trade wind belt where the winds consistently howl through at over 20 knots from the east, so onto Plan B.  Well we didn’t really have a Plan B, but did find better shelter further down the coast at Anse a la Barque, a small indent that the three of us squeezed into along with several local fishing boats, it was ok for the night. 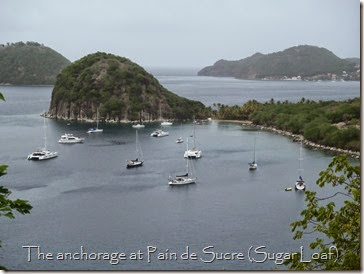 We continued down the remainder of the coast and across to Les Saintes, the winds were gusty off the high Guadeloupe peaks then swirled all around as they raced down through the valleys – a challenging sail.  We crossed the short channel at the bottom of the mainland and dropped anchor in the beautiful bay at Pain de Sucre next to our English friends Mark and Sue on Macushla, great to catch up with them again. 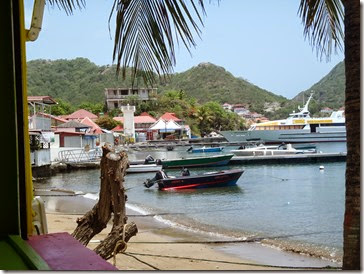 We spent a few nights in this delightful quiet anchorage, the long walk around to the picturesque village of Bourge des Saintes was a serious hill session and provided much needed exercise but with treats of decent coffee, French pastries and steaming hot baguettes waiting at the other end, well how could we resist.

It was an area you could spent some time exploring but June was upon us and the hurricane season had officially started., we needed to keep ticking off the miles south.


Au Revoir France, Off to Dominica
No comments:

Another Bash to Windward! 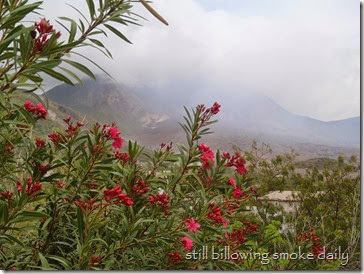 When will it end?  We keep looking at the charts convincing ourselves that our season long bash to windward must finally be over.  But no, it seems to continue, we desperately wait for the day we will ease sheets, even just an inch would give us hope!

In company with Truant 3  we sailed 40 miles to cover the 32 mile trip from Charlestown on St Kitts down to Little Harbour at the top of Montserrat, another trip hard on the wind.  We tried to do it in one tack but kept getting pushed westward, the winds were steady in the high teens but the sea state was hideous as the mighty Atlantic butts up with the Caribbean Sea - and we doubled as a submarine for long into the trip south east, another major dousing of salt.  On the up side the anchorage was calm enough, we had been warned it could be very rolly so as least something was on our side. 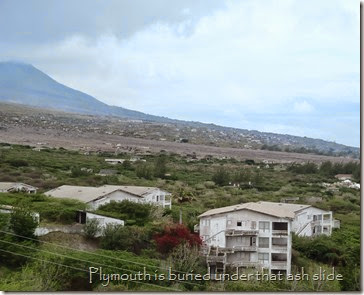 We have a 1994 Lonely Planet Guide to the Eastern Caribbean on board which has provided us with some rather interesting and entertaining reading when we compare it to the latest edition.  But no other island has changed as much in the intervening years as Montserrat.

In 1994 they had almost recovered from Hurricane Hugo which made a direct hit on the island in 1989, 11 people died and 90% of the population were left homeless.  Villages had been rebuilt and settled, plants and crops were growing again, life was returning to normal. 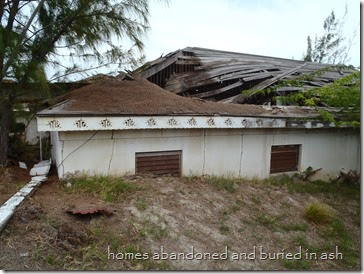 And Then The Volcano Blew

The course of this little sleepy Caribbean islands history changed forever in July 1995 when the Soufriere Hills Volcano came back to life after 400 years dormancy.  Over the following years the volcano blew several times, resulting in 19 deaths, and nearly half the island was evacuated, much of it buried, including the picturesque and historical capital of Plymouth.

To this day a large part of the island remains uninhabitable, the northern part – untouched by the eruptions – is fertile and lush and all the Montserratians now live in this area.  The volcano continues to smoke and rumble.

We did a day tour with Joe Phillips, a very well informed guide.  As there are still large exclusion zones we didn’t get too close to the hot spots, probably for the best or I might not be here to write this!!  We stopped at a site where pipes have been drilled over 3 kilometres into the earths core,  they are acting as pressure relief values and are letting off plenty of steam to try and stabilise the volatile inner core 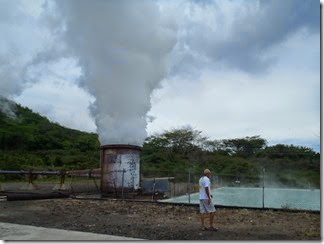 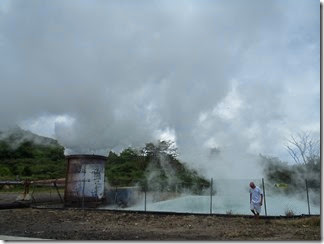 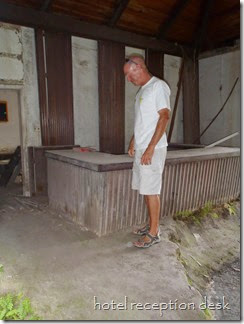 We visited the partly buried remains of one of the pre eruption hotels, set high above Plymouth it once afforded a wonderful view up to the volcano, across the township and down to the ocean.  It sat safely high above the flow of ash down the mountainside but still is deeply buried in ash cloud fall out.  These days the view is haunting, a scary reminder of the fury of Mother Nature when she feels the need to blow her top and let off some steam!

Below shows the view from the hotel pool area, pre and post eruption.  The pre eruption photo on the left was on our guides iPad so there is glare on it, but it gives an indication on how the countryside has been changed.  The one of the right is almost from the same spot, use the swimming pool ladder as a reference point – the pool is full of ash with weeds now growing in it.  The huge flow that buried Plymouth shows quite clearly in the background behind the pool, there are abandoned houses close by, then just ash. 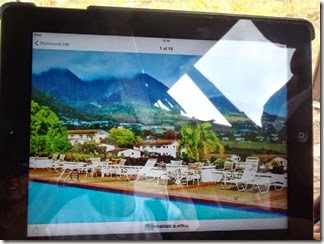 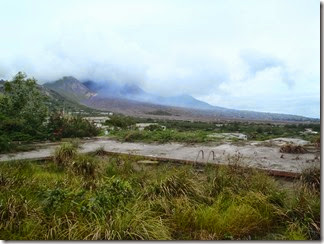 The people of Montserrat are carrying on, living their lives in the knowledge that further eruptions will occur but that by settling in the north of the island they should be safe from harms way.  Of course there is no escape from the path of a hurricane, its all a roll of the dice.

The Devastating Path To The Sea