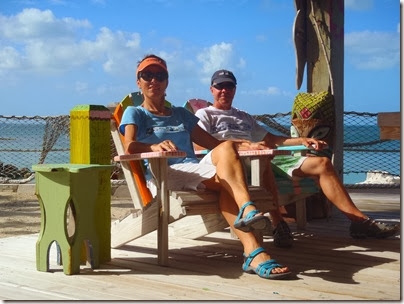 Another year has passed us by, this Christmas we are in Lynyard Cay, on the south east sliver of the Abacos Chain of the Bahamas.

Plans are to have a beach barbie with our friends on Australian yacht Koza, we are the only two yachts here, we have our own deserted island, sometimes life doesn’t get any better.  We just need the weather to co-operate but there is a cold front forecast so maybe it will be a traditional Roast Christmas lunch onboard instead. 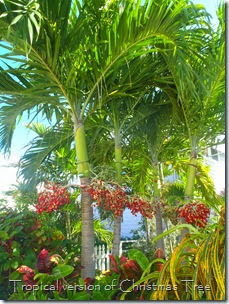 We have been reflecting on all the amazing places we have been over the last 9 1/2 years cruising – as a recap here is where we have spent our last 9 Christmases.

Wherever You Are This Christmas Stay Happy, Healthy and Safe

Email ThisBlogThis!Share to TwitterShare to FacebookShare to Pinterest
Labels: Bahamas

The Charm of Charleston …. December 2013 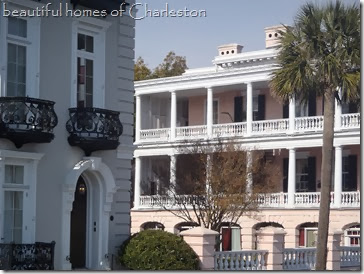 Moving Along the Carolinas

We left Beaufort, North Carolina on the slack tide (we have got wise during our time in the USA), poled out the headsail and staysail and headed off downwind for our overnight passage southwest.  It really didn’t feel right having the sun dipping on our bow at dusk, we did really want to be heading southeast to the Bahamas, not  west southwest to Charleston.

But the weather windows to leave south from Beaufort just weren’t appearing – so Charleston, South Carolina it was.  The passage was uneventful, the winds eased right off early afternoon on day two, we rolled away the sails and motored the last few hours so we would arrive with favourable tide and in daylight.  We made our way up the river and dropped anchor next to Koza and Cristata with a few minutes daylight to spare. 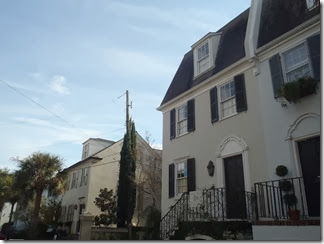 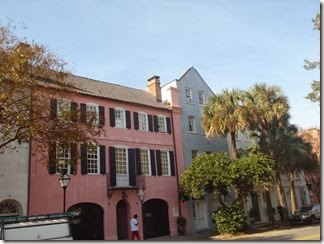 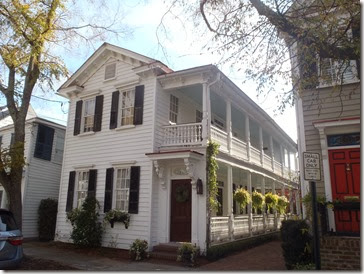 We only spent a few nights in this charming spot, but had time to wander all the backstreets and appreciate the extensive variety of architecture in this compact historical city.  There are block after block of beautiful old homes of nearly every design imaginable, most in immaculate condition.  The streets are heavily lined with trees - palms and deciduous planted side by side, all looking like this is where they belong.  What really struck us here was the diversity of architecture, vegetation and climate, such a blend working together to create quite a unique city. 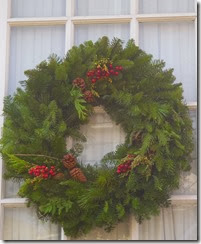 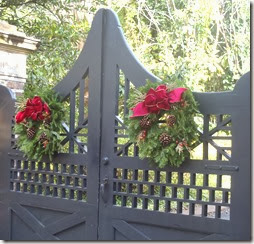 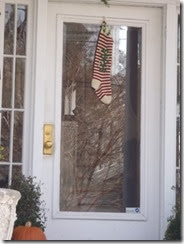 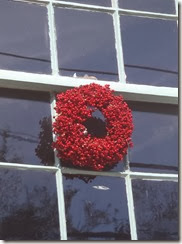 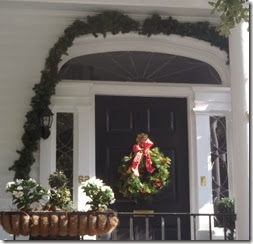 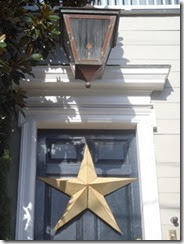 Final Farewell to “The Land of Stuff” 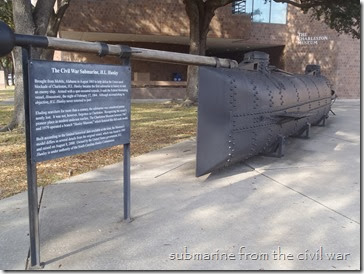 Light southerly winds were settling in for a few days and although winds ”on the nose” were by no means an ideal forecast to leave in they would be in sync with the Gulf Stream and it was likely to be the best we might get for sometime.  We would have been happy to use them to make our way further south to Florida but our 6 month tourist visas were close to expiring so our only choice was to leave the country. 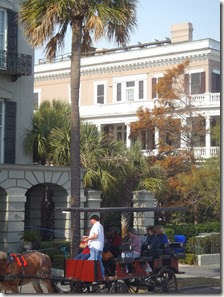 We did yet another run to West Marine and the excellent Harris Teeter Supermarket by bus, the first time ever we have both been asked if we were “seniors”, I wasn’t sure if I should laugh or cry!!  Fridges and lockers were now groaning at the seams, extra provisions were stowed in all manner of spots, fuel and water tanks were topped up yet again - Balvenie was full to overflowing and this time we were finally leaving “the land of stuff”.

We lifted anchor on a warm sunny morning, took the tide out of the river, raised the full main and rolled out the headsail.

Heading South Until the Butter Melts 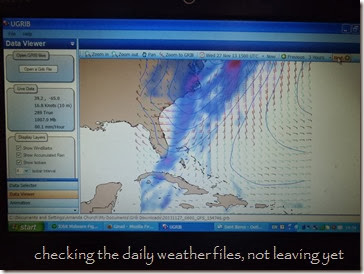 Still Chilly in the Chesapeake

We spent a couple  of nights in the protected anchorage of Fishing Bay, Deltaville waiting for favourable weather to continue our migration south.  We had company in the anchorage with Jim and Karin off Auckland yacht Victoria and on the hard in the yard ashore were Jim and Carola off Brisbane yacht Koza, it was great to have some antipodeans around to socialize with.

We left with light winds and flat seas, Chesapeake Bay looked very different to the one we had been tossed about in just a few days earlier, it was even up to 5c, almost warm!  We headed south to the bottom of the Chesapeake and pulled in to the extremely shallow and tiny anchorage at the town of Hampton, Virginia. 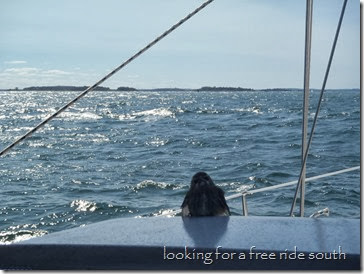 There is not much at Hampton but it was our staging point to do the overnighter around Cape Hatteras so we sat again and waited for weather.  We entertained ourselves by catching the local buses, non affluent areas in the USA have much better bus services than the affluent ones, … well Hampton has plenty of buses!!  We found a West Marine and a Walmart, topping up yet again on all those essential items, especially more gas canisters for the heater.

Back Out Into the North Atlantic

Finally the day came to depart for the overnighter around infamous Cape Hatteras, (one of the most densely populated areas of shipwrecks in the world!) and down to North Carolina.  We left our calm anchorage at 7.30am and poked our nose out into Chesapeake Bay,  by 8.30am we had put the 3rd reef in the mainsail and reefed the genoa – this was going to be quite some ride. 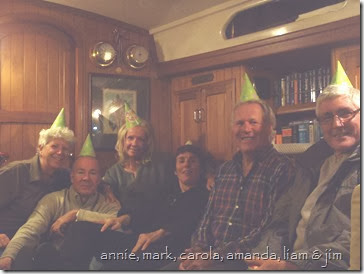 The  20 miles across the bottom of the bay was the worst as we were hard on the wind and there was a serious amount of salt water coming over the bow.  As we exited the Chesapeake we were joined by several others who had appeared from various other anchorages, one of them our new Australian friends on Koza, we had all been waiting for the window to head south and this was the best we could hope for in the foreseeable future.

For the leg down to Hatteras we had the wind over 20 knots, with gusts into the high 20’s, all in front of the beam with a beam on swell, not so pleasant.  Once we rounded the Cape in the middle of the night conditions were more favourable as we then had the wind aft of the beam, and by the time the sun rose the wind had started to ease.  We sailed in light winds as long as we could, then when it died out completely we motored the final few hours to Beaufort, North Carolina. 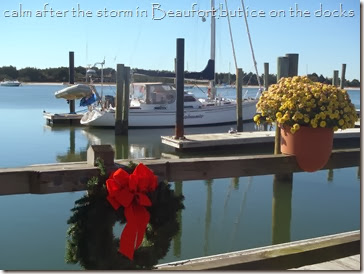 It was a night arrival but we had entered here last time in the dark and had our previous track in and out, we also had the current with us this time but what we didn’t count on was an extremely dense bank of fog that engulfed us as we were dropping our sails in the entry channel.  Visibility dropped to about 20 metres – all the lights just went out!!!  Even with our previous track and electronic charts we were not happy entering into the dogleg channel in such poor visibility so we pulled over and anchored off the beach.  After an hour or so the fog cleared as quickly as it had set in, we lifted anchor and we moved into sheltered waters at last – Hatteras done! 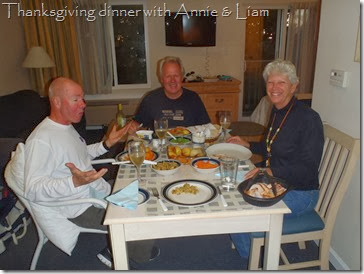 Our very good friends Annie and Liam had just returned to their catamaran Gone With the Wind and they were staying in an apartment while they worked on GWTW, readying her for another cruising season.  We had last seen them in Italy and it was one mammoth reunion.  With Jim and Carola off Koza the 6 of us had a big celebration as another year had slipped by for skipper, his birthday present from me was a marina berth for a couple of nights to sit out forecast squalls of up to 65 knots, but for his birthday he only got 44 knots and torrential rain – what a present! 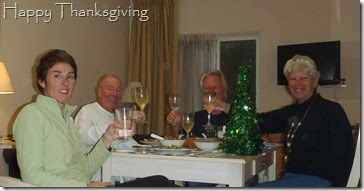 We slipped in Thanksgiving with Annie and Liam, turkey with all the trimmings – we did well and had another excellent night.  Then it was time to farewell them, hopefully it will not be as long before we see them again.  We just weren’t looking like getting a weather window to go direct to the Bahamas from Beaufort so we took the opportunity with favourable conditions and did an overnighter along the coast to Charleston, South Carolina.

Nothing Could Be Finer, Than To Be In Carolina