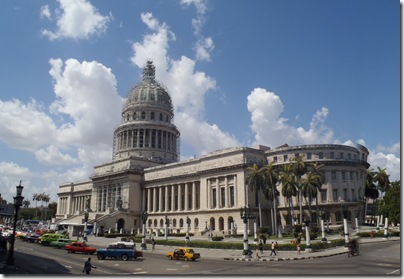 I have always had this picture in my mind of what life is like on struggle street in a communist country …. miserable people, looking old way before their time, queuing for 2 hours in a snow storm  - if you’re lucky you take home a stale loaf of bread.

So my question before arriving in Cuba was …  If Cuba is an oppressed, communist dictatorship and daily life is an ongoing miserable hopeless struggle, how come the image of its people is one of non stop music and salsa dancing?  The place rocks every night, the people have a vibrant free spirit about them and one can’t help but be intoxicated by it all. And I don’t buy the fact that notwithstanding the odd hurricane it’s because they get nice weather all the time. So what’s the deal ? 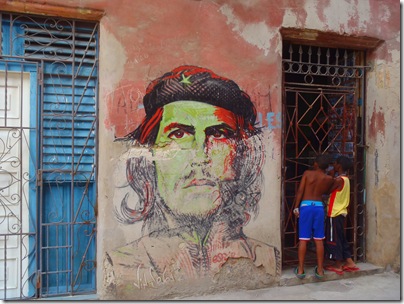 My modern history education took place in the UK, but that doesn’t really matter, it could have been Australia, Canada, US or New Zealand. The point is - we are allies, we are brothers in arms.  I was taught, and therefore believed, that right was always on our side, it was us against the bad guys, we were always the good guys …. right?  Well guess what?  If truth be known, often this is not quite correct, and after all the countries and cultures we have experienced, Cuba is the most vivid example of how the mind is broadened by travelling and checking things out for oneself. 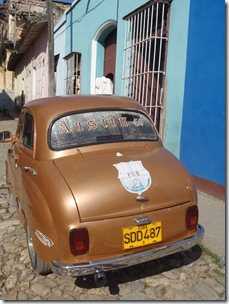 Fidel Castro and Che Guevara seized control of Cuba in the late 50s and since then the Castros have run a pretty tight ship, there’s no denying that.  I grew up with the perception that these guys were crazed power hungry rebel revolutionaries in funny green uniforms, cut from the same cloth as all the other Central and South American dictators.  A bunch of bandits the lot of them.  However, after a month in Cuba I learnt, not for the first time in my life, that the knowledge gathered throughout my education and later through the media, lacked a degree of accuracy.  For a start, somewhere along the line I missed the fact or was never taught that Che Guevara was a doctor … maybe the more learned among you knew that, but I didn’t and it came as a surprise.  Both he and Fidel Castro were very smart, well educated young men.

Cuba’s history followed much the same path as the rest of the region with the Spanish, French, British and Americans squabbling over the territory.  Nothing new there.  So lets cut to Cuba in the early 1950s.  A previous president ~ Fulgencio Batista cut a deal with the American mafia giving them carte blanche access to Havana in return for a percentage of their gambling profits. 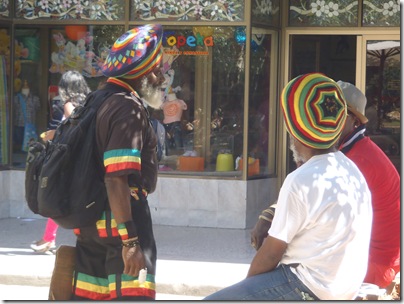 Shortly thereafter he stages a successful military coup and immediately cancels the upcoming elections in which a popular young lawyer named Fidel Castro, who was unhappy about the path Cuba was going down, was due to stand. Castro doesn’t take this lying down.  He sees no alternative but to use force to rid Cuba of this detestable dictator and rounds up a few rebels before setting off in a Bedford van to attack a Batista army barracks.  Apparently the truck driver misses the sign post, takes a wrong turn and the sortie fails miserably.  Batista locks him up and throws away the key. Fidel wrote at the time ‘note to self … shoot driver if I ever get out of here ‘.   I made that up!! 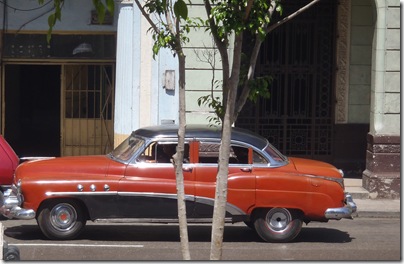 Meanwhile, Havana has become a playground for the American mobsters and gangsters with its casinos and dens of iniquity.  Batista and a few of his mates busy themselves amassing extreme personal wealth.  The rest of the population were destitute and scratching a living off the land … many starving to death.  If you were in ~ you drove a new Chevy and drank champagne in some nice but very dodgy company.  If you were out ~ well there was little or no hope.

Fast forward two years.  Batista realizes that Fidel is quite a popular chap and releases him to try to gain some favour with his people. Castro flees to Mexico because he thinks Batista has only released him to kill him.  Best not to pop him while in jail …. too much paperwork.  In Mexico he meets Che Guevara a young doctor from Argentina who has spent his professional life helping victims of violence and corruption in this part of the world and shares Castro’s determination to force change. 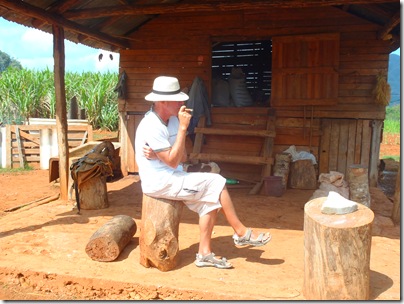 Fidel and Che hatch a plan to land back on Cuban soil with a motley crew of rebels.  In 1956 they arrive on the shores in a rickety old steamer and are decimated by Batista’s army.  81 men landed ~ only 12 survived fleeing into the mountains.  Now, think pied piper as this band of rebels move from one village to the next gradually gaining support.  Batista sends 10,000 troops to flush out a group of 300 men, but the momentum is with Fidel and Che. They are riding a wave of hope ‘Viva la Revolucion’ !!  Power to the People!!  I hear you shout.  By early 1959 Batista knows the game is up and flees the country with a few extra suitcases full of booty.  The rebels march triumphantly on Havana and are welcomed by an ecstatic crowd. 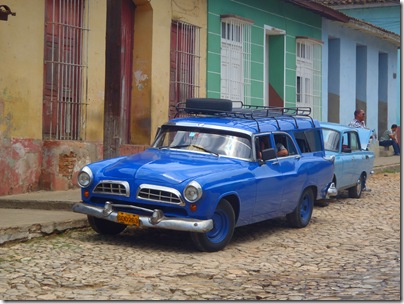 Now …. what normally happens next is that these guys end up doing exactly what their predecessors did.  Power corrupts etc ….. but here’s the thing !!.

Almost immediately Castro re-employs thousands of teachers, doctors and nurses and reopens hundreds of schools and hospitals.  He nationalizes all the industry and sets about centrally controlling and redistributing the countries wealth with the aim of providing every Cuban with a roof over their head, free education to University level and free health care as well as ration books to provide enough food for everyone.  Now there’s no denying many Cubans got screwed, many fled, particularly the business owners who had been doing very nicely under Batista’s reign.  But the objective was to create a safety net for all society, sadly lacking to this day in other parts of the region, and the vast majority of the population were dragged out of the gutter and given a minimum standard of living and maybe a little bit of hope. 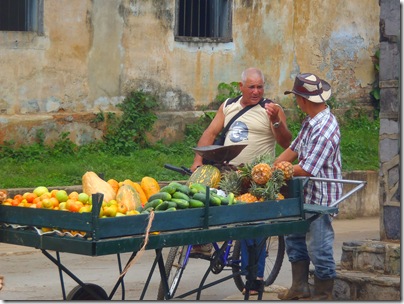 This was a time of communist paranoia and Castro was considered a loose cannon. America immediately turned their back on Cuba.  Batista had been their man - they could do business with him, for obvious murky reasons.  Overnight the US crippled the Cuban economy with a trade embargo (still in place today).  Castro extended an open hand and was offered a clenched fist.  America pulled the rug from under him and the Soviet Union seized their moment with carrots aplenty,  and so …well … the rest is history!!  Maybe if some smart person in Washington at the time had asked the question ~ so, where is he going to go if we turn our back on him now? …. maybe history may have been different.  No Bay of Pigs fiasco, no Cuban missile crisis which took the world to the brink of nuclear war …. maybe !! 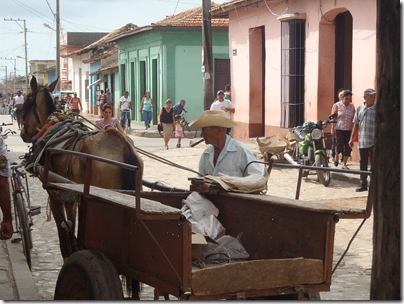 Today the people seem to live in an orderly environment. There is a very low key police presence.  The streets feel safe, there is a reasonable infrastructure, people in the main are well dressed and go about there day with a purpose.  There seems to be very little theft and violence, in stark contrast to their neighbours throughout Central America and we saw none of the squalor in Cuba that we witnessed in parts of Colombia and Panama.  But there is a price to pay.  The regime has kept an iron grip on things for decades although there are signs that the Castros maybe softening in their old age as once again the younger generations push for change.  Clearly daily life has many boundaries, the people are denied many things, it’s hard to get ahead and there is not much money about, but there is an impression of ~ once upon a time things were a whole lot worse.  For the older generation the hopelessness of life pre Castro is still a raw memory, they experienced the alternative and recognize that for now they are sort of doing ok.

So when the heat of the day is done and you can’t watch CNN, you might as well pour a couple of rums, pass round the cigars, clear the dance floor and play some music….

Fidel Castro once said … ”One day history will absolve me”.  I’m not sure about that, the west still considers him a bit of a nutter , however there is one historical fact I do know to be true and that is how history judges people differently once they are gone, so maybe he still stands a bit of a chance.