Wandered Down to Whangaruru ….. January 2018 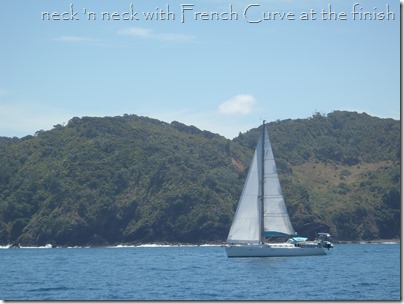 From Mumu to Ruru

After a couple of sunny days and peaceful nights anchored in Whangamumu we left in company with French Curve to move 16 miles further south.  Two sail boats – same length, going the same way, yep it was race on.  Conditions were glorious for a light air downwind run, nothing too strenuous today.

Whangaruru is a large harbour with a choice of several anchorages offering shelter from most wind angles. 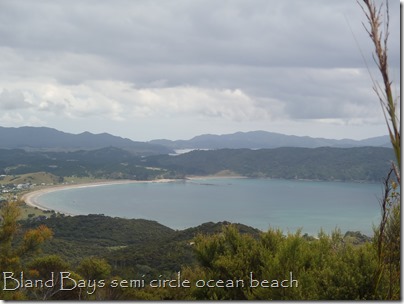 We nestled in close to the harbour side of Bland Bay a popular spot for Kiwis camping for their summer holidays as there is the protected harbour beach and on the other side of the sliver of an isthmus is the ocean.   Just perfect.

14 years ago when we came this way in Balvenie conditions were perfect for anchoring in Bland Bay and we dinghied ashore and met up with friends camping there, now it was time to see it from the other side.

We had originally thought we would spend a few days here exploring but with a change of weather on the horizon we changed plans and just stayed 2 nights. 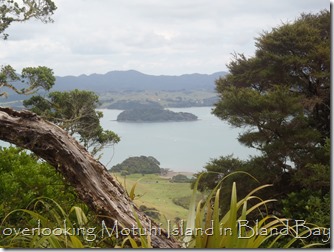 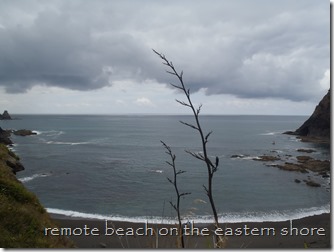 We took the dinghy ashore to the beach on the right of the little island - Sandy Bay?, there were private homes and some campers and we asked to walk through one property to join the gravel road behind. 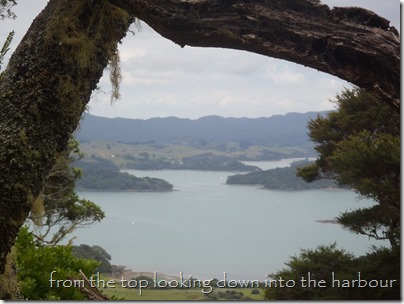 Turn right and you can see the sealed where you go right again and after a short time there was a big DOC sign on the left (hidden behind long grasses and easy to miss).  It was a gradual climb initially through grasslands then up into native bush with a few spots for admiring the view.  More steeply uphill to the ridge with a sign on it showing a track directly downhill on the right for a shorter option.  We carried on, passing remote coves then the trail crosses back to the harbour side, through some farmland and past some buildings that are an Outdoors Camp. 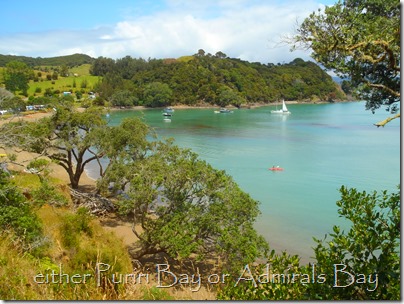 Then we followed a dirt track that went inland and took us along to the bay in the adjacent photo, the sun came out, campers were in swimming, kayakers were paddling, a very Kiwi summer scene.  There is a camp ground there (toilets and water), walk through it and you will find another DOC track to the next beach north, then there was an unmarked but wide trail inland about 100m which joined the road.  Turn left and straight forward along here back to the dinghy, not very far.